On 9 November 2016, the Family Matters campaign released its inaugural report. This report revealed shocking results on the state of child protection in Australia for Aboriginal and Torres Strait Islander children including: 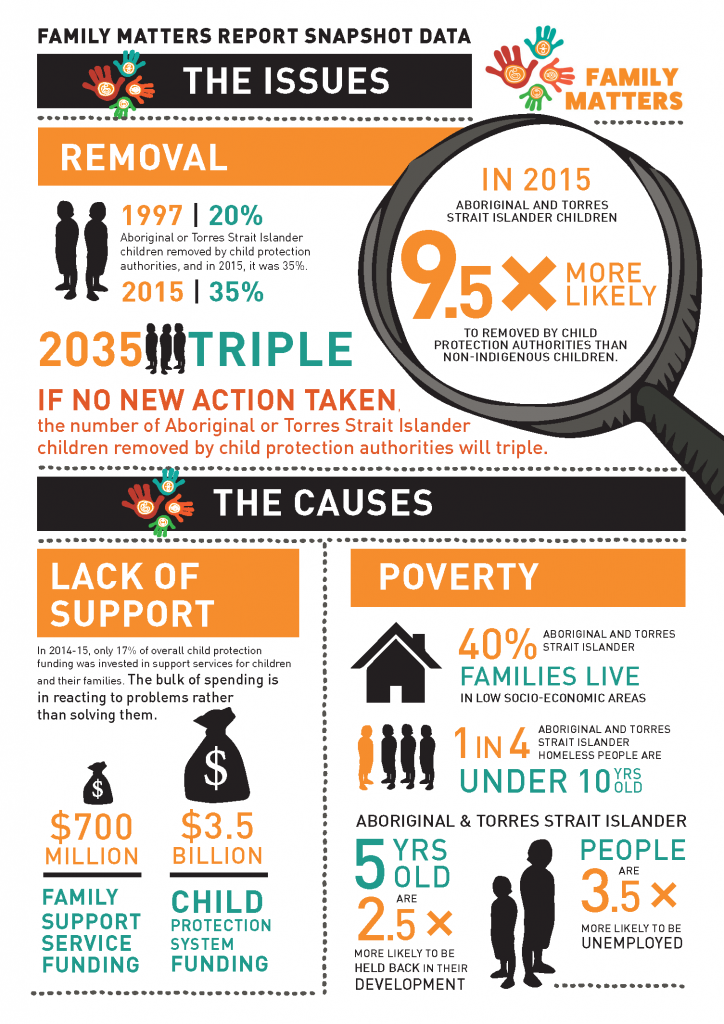 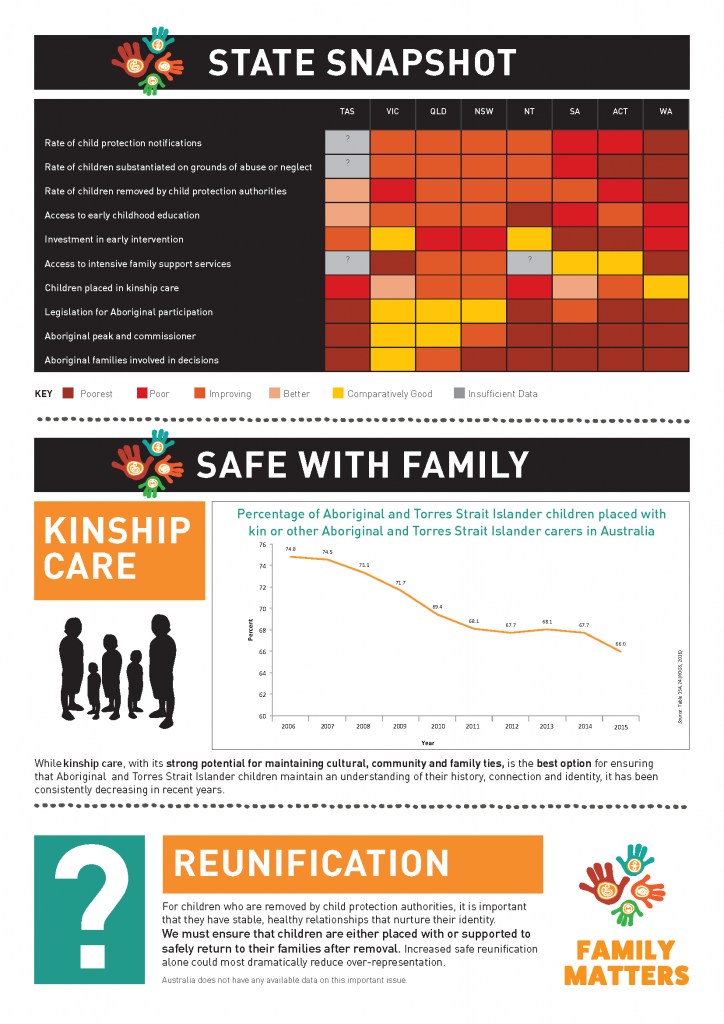 This baseline report will now be produced annually to measure progress. Through collaboration and a renewed government commitment, the Family Matters campaign is confident it can achieve real, sustained change for Aboriginal and Torres Strait Islander child safety and well-being outcomes.

For more information read the full report and media release, or download the two-page snapshot.

There are no upcoming events at this time.

Family Matters is Australia’s
national campaign to ensure
Aboriginal and Torres Strait
Islander children grow up safe
and cared for surrounded by
their own family, community and
culture.
Read More >>